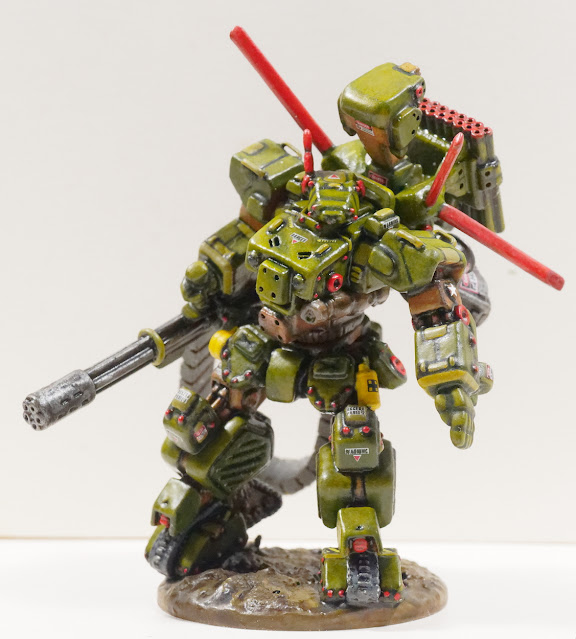 Eureka. As the Rod Stewart song goes, It's been a long road, Getting from there to here..."

But now witness the completed combat armor model, fully magnetized and poseable ready to be deployed on the tabletop (imagine this said in Emperor Palpatine's voice).

And yes, I'm pleased. In case that wasn't obvious. 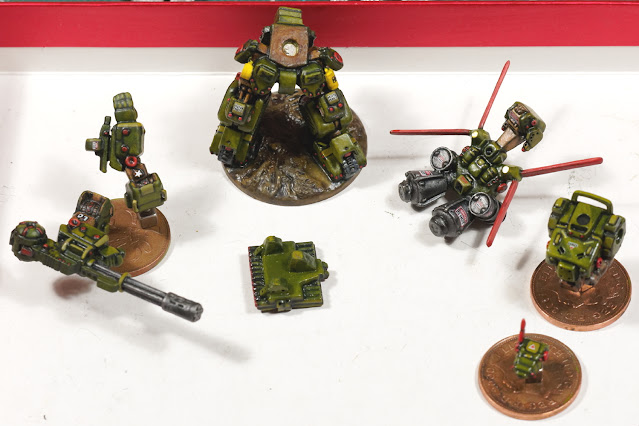 So when will I get to play with my conversions?

Well, there's still no date because I haven't finished the first draft of the rules. But, progress is being made. I was talking on Zoom with my colleague who has so generously volunteered to help come up with how to design stuff within the Gate Walker – Bad Dog universe that I can say we've taken another step forward.

Obviously, it's easier to talk a good game than deliver a good game. I learnt a lot from writing OHMU War Machine, and what it takes to make or break a game.

I'm committed, now it's just a matter of the time it takes, because I won't publish a set of rules until I know they deliver what they promise. That's all for now.