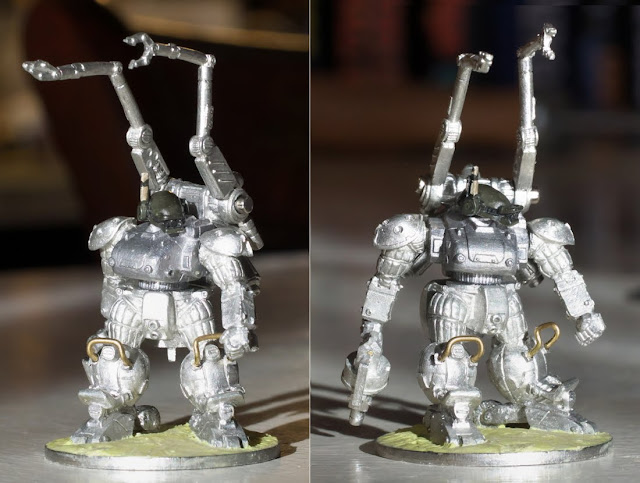 Corpsman Keith's Dog still a bit of cleaning up to do, as in adding Milliput to fill gaps etc., but otherwise done (mostly as I have a thought about articulating the claw arms). It's the way I roll.

Quite a lot of fiddly work on articulating the lift arm meant that I didn't get Pearson's suit finished. I still haven't decided if I'm adding a mortar to Pearson's ride, it kind of makes sense that a combat engineer suit would, but not sure where I'm going to mount it. 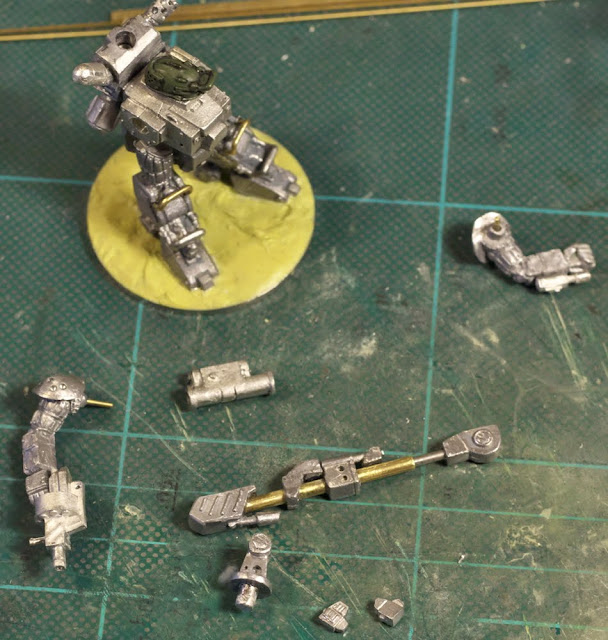 Here's a close-up of a couple of parts I'm still working on. The two that I haven't identified are bottom center of the picture. I think they may have been part of the open canopy frame, which I decided not to go with, though perhaps I should've? 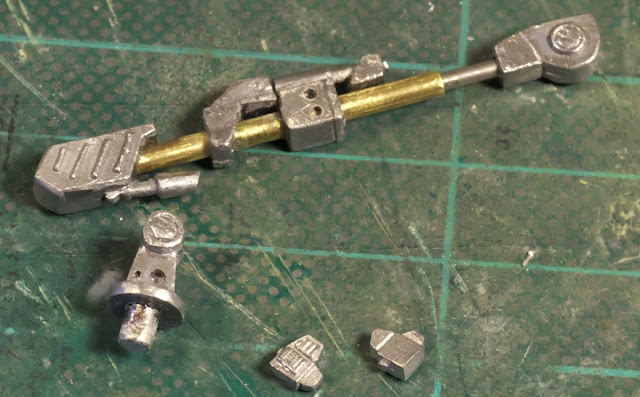 And yes the boom arm will not only pivot, but also extend (assuming I can figure out how to limit the movement range to prevent it from falling out?).