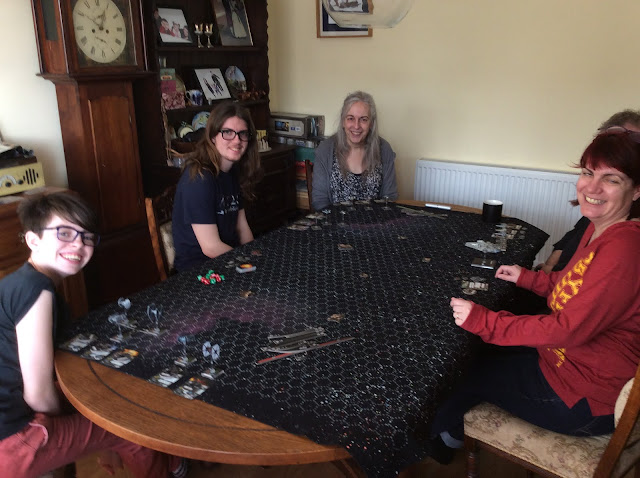 Went down to Brighton to celebrate my Godson Dylan's 18th birthday. He wanted to play a game of X-wing, and so his wish was granted. Much fun was had. 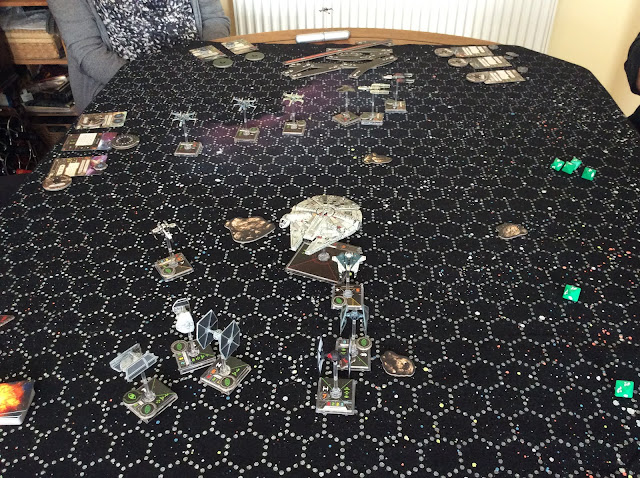 After the first turn where Scum & Villainy mixed it up with the Rebel/Reistance before everybody remembered that the goal to winning was to pick up a package adrift in space.

So a race to the center began. 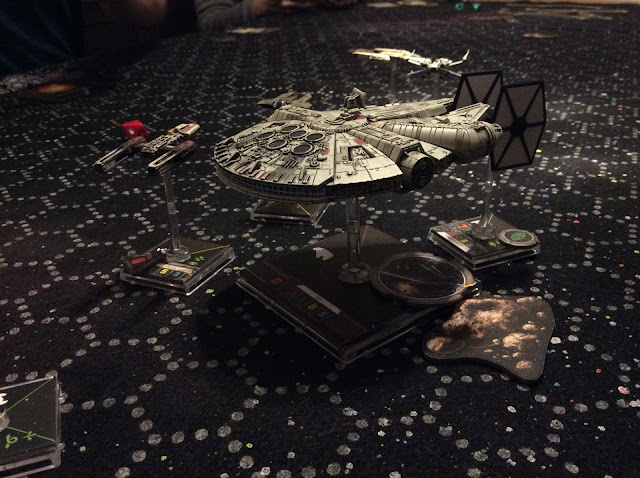 By the end of the game ships had been blown up. In the final turn Alix's Millennium Falcon, with Rey piloting got the token. It was then was promptly blown to smithereens, which meant the game was a draw.

A lot of fun, and next time Dylan has promised to set up an Epic scale battle with two big ships. I think my work as Godmother has turned out well with this one.

Ashley
A former cognitive behavioural therapist, longtime SF fan, maker of models and writer of novels. I am unashamedly a starry eyed dreamer.