SF Wargame Rules: What I Want 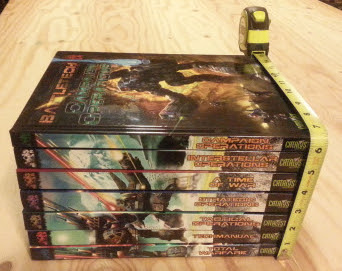 The above is a crop of a picture I got from Catalyst games showing off their BattleTech rules.  I must admit my first reaction was this is not exactly selling BattleTech as a fun game to play.  What I want are a set of  rules that I can use while playing a game.  The above is pretty much my definition of a set of rules that would slow down the game every time one wanted to refer to them.

So I want rules that are really, really accessible.  A good example would be the rules booklet for Star Wars: X-Wing. 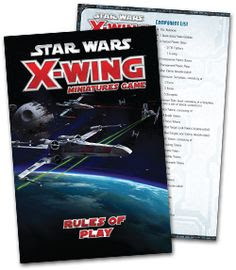 But what I want most of all are a set of rules that give me the feeling of playing in the future, which Star Wars: X-Wing fails to do, being WW2 combat in space!  Unsurprising given the source material, and don't get me wrong I love playing the game.

To put it plainly, a game must not only to have the tropes of SF (Robots, Rockets & Rayguns), but it has to feel science fictional, which is something that's very hard to pin down.

Partly I suspect what would make game feel like the future are things that traditional wargames have toiled against down the years: too much information from having the models on the tabletop and knowing the outcome of every move your opponent makes during the game.  So, it seems to me that what are seen as bugs in traditional historical wargames could be made to be seen as features in a science fictional setting.

Perhaps that's why SF wargames are so popular?  I jest slightly, as I don't imagine for one minute that this is a concern for the average punter who buys a game like Warhammer 40K.