Ogre Miniatures in a Shoebox 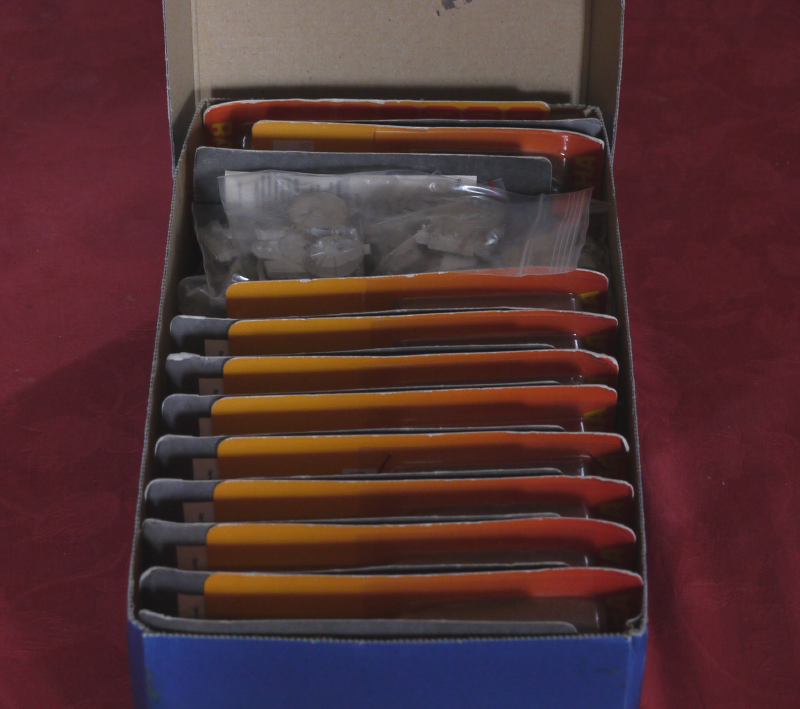 Well, another ogre miniatures thread has just bitten the dust over on the SJG forums, for which I'm probably partly responsible for, in that I posted a comment that lead to other people over reacting, and saying things that were best left unsaid.  I find the reaction to close the thread is evidence that my original comment, "The problem is the way Ogre is being handled is the problem; the miniatures is just a symptom of the bigger picture," has some substance.  IMO how this thread has been handled is a PR pratfall, YMMV.

Still, I was looking at my shoebox of Ogre miniatures, as one does, and musing that even after painting up my Pan European force in 2012, starting my new Combine force in 2013, which has run into 2014, I still have a shoe box of Ogre miniatures left to clean up and paint.  Ironic, because for years I had a shoebox full of unpainted miniatures, I now have a load of painted models, a load in the process of being painted, and probably have more unpainted castings than I originally started with.

I must be a true wargamer.

Looking back at how much I've spent on these, just over the course of this year it was $650.00, which was all the disposable income I had.  Unless I was the only person spending this kind of money with SJG I'm having a hard time understanding their position on the sales of the miniatures.