The Chains of Command 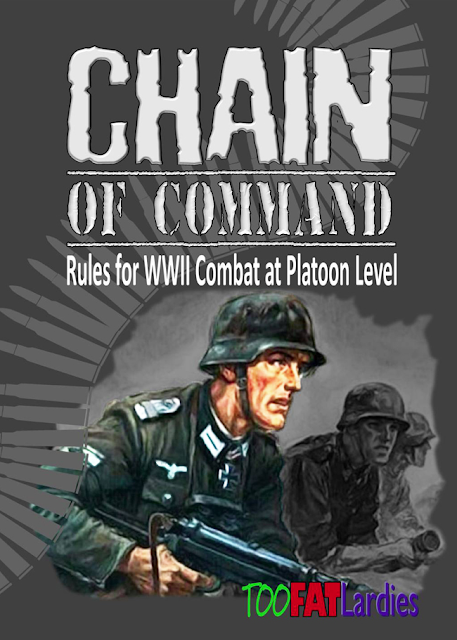 My copy of Chain of Command arrived earlier this week and has that lovely new book smell when I opened it to read.  Now some of you may well be asking why I bought a set of WW2 rules given that this is not one of periods that I play?  A good question indeed, and my answer is that I'm a rule junky.  I like to read wargame rules that challenge my preconceptions and stretch my imagination and Too Fat Lardies publish fascinating rule sets that do precisely that.

My intention is to use these rules for Inter War games say for the Spanish Civil War, which I do have an interest in, or adapting them for WW1 games, and even stealing the mechanisms for Vietnam era games.  Somewhere deep and dark I have an idea about using the command and control aspects of the game for a near future SF game involving power armour, drones and cybertanks etc.  Muwuhuhahaha!

Anyway, after reading these, watching some games being played and hanging around with disreputable people talking all things Lard, I recommend that you just go and order this set of rules today.  The book is just so chock full of ideas that it ought to have a waning label that says full of addictive fun rules that will make your head explode.