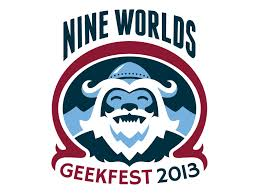 Just a quick update that I'm attending Nine Worlds GeekFest 2013 this weekend, which is being held at The Raddison Edwardian and The Renaissance hotels at Heathrow.  I'm attending as both a punter, a MIB demo agent and as a panelist.

My original intention was just to go as a punter as I had supported the KickStarter way back when, but then Roger announced that the MIB were going and could I bring my Ogre miniatures so we could run demos?  I said yes, with the proviso that as I had paid for a ticket I didn't want to be tied down all weekend on a table and not see anything.  Now my friend John asked for a woman for a Friday evening panel talking about superheroes on the small screen; and so it begins.

I shall try and take photos and post a report after the event.

NB: Late addition to this post.  The report can be read here.