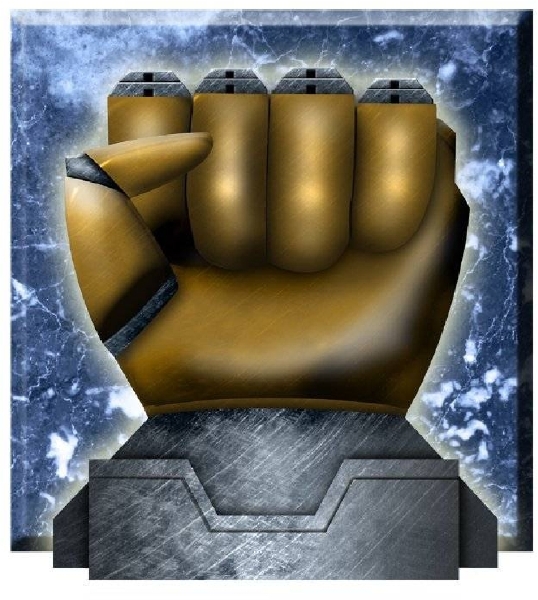 After 18 years I'm starting a new campaign and I'm so excited. This coming Saturday sees the first session where myself and three friends will sit down and plan the first actions that they want to take in the campaign, which is going under the name of Operation Sandbox.

The Regimental Combat Team (RCT) Table of Organisation & Equipment (TO&E) will show that the intent is for the force to be organised with four battalions, each consisting in turn of four companys, each having four platoons, and so on. The reality will be the RCT is severely understrength and the players will be attending a regimental staff meeting to be informed of the changes necessary so as to be able to field Mission Task Organisation (MTO). All of this stuff I've gleaned from hanging out with people in the know.

Big call out to all the contributors on the Faction Formations after 3120 thread, here:

Especially, Matt (aka Charlie_6) for his comments on choosing the decisive element of a command, and also to Failure_16 for his Faction-Generic Combat Command list:

Force Headquarters & Headquarters Company (x1)
• Armor Company (x1) - Complementing Battlemech Company below
• Battlemech Company (x1) - Complementing Armor Company above
• Infantry Company (Battle Armor)
•  Potential Support Forces
So, I'll be using the above to guide the players into thinking how they will form their force, and the harsh realities of fighting in the year 3135. I like the whole new Dark age vibe, but now it can have added new tech, which is always exciting for the players.

I'm still working on the names of the major non-player characters for this game and other stuff. Finally, wow has this project got all my creative juices flowing, and here is a picture of just some of the mechs that are coming out of the PiP chop shops; all classic unseen mechs from the Macross anime show that Battletech used back in the days under FASA. 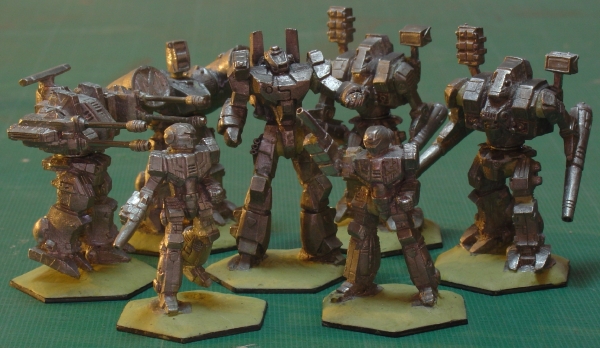