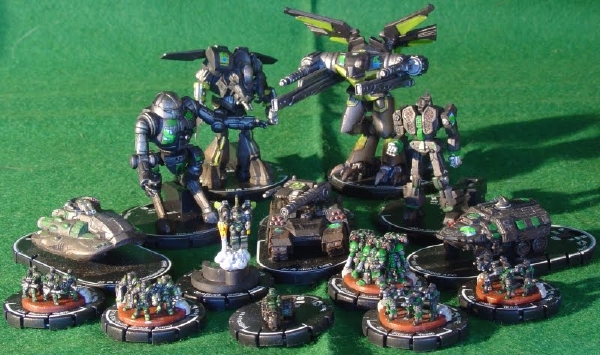 There are two things on needs to know about Clan Jade Falcon. The first is that they are a Clan force, and the second that they are called the Jade Falcons. Please excuse the Black Adder referential joke, but that pretty much sums up what I knew about the Falcons when I acquired some MechWarrior Clan mechs.

As a diehard in the wool (!?) OSR BattleTech player, the Clans have a lot of baggage for me, which is doubly ironic given that I got the chance to write and design the stats for a whole bunch of Clan mech designs on the 3055TRO. However, the rules for MechWarrior clix game focus on combined arms command & control, which means that the disparity in tech between the Clans and the Inner Sphere forces is less intrusive. That is not to say that Clan tech is less superior, as quite frankly I don't know, as I've not played enough games of MechWarrior, or spent enough time taking apart the mechanics of the game to say.

What I will say is that the Jade Falcon "totem" mechs look way cool, which is enough for me at this time.