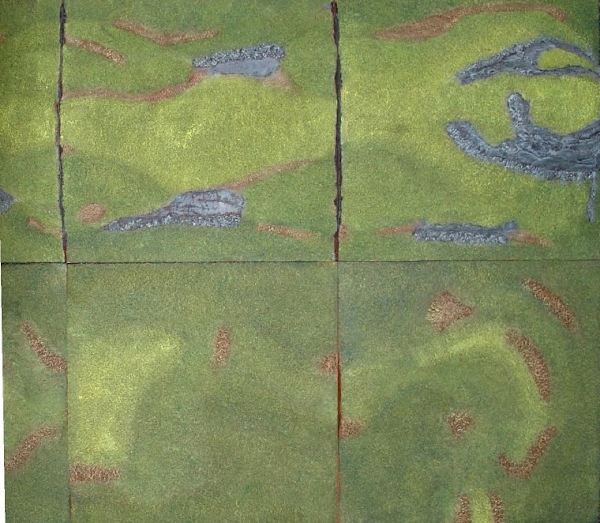 Well, it has taken me some time to get around to posting some more stuff on the terrain boards I'm making. This has been the number one project this year, having displaced pretty much everything else I've been doing into second place, if it gets done at all.

And it's nearly Xmas.

That joyous time of the year where everybody feels down, miserable and tired by all the enforced seasonal jollity. I've done the Xmas party thing last weekend when I had two to go to.

Parties being a bit like buses. You wait and wait and then three come along at once.

I ended up blowing off my office party as a consequence. If for no other reason than I still have problems with side-effects from the chemotherapy I'm on making me feel incredibly tired all the time.

Anyway, had a great time at the two parties I did go to, but obviously no time for model-making and stuff last weekend. This weekend I could take it easy and get on with the terrain boards I wanted to finish off, so that I can start the next batch I have planned.

This is actually the third batch of boards I've done.

I'm limited to the amount of space I can have in my flat, so I can only really make about 8 or 9 boards at once. I've posted a blow-by-blow account of how I painted these boards on the BattleTech Universe Forum, where used to post most of my projects.

Here you can see is some boards that have had multiple shades of green dry-brushed over the top of a base layer of static grass. I've still to finish the rock faces and rock debris that are still a work in progress.

While taking these pictures, I had a thought about using pictures for playing campaign games.

If one were setting out a table with the boards one could take pictures of the arrangement and email them to the players before they arrive to play the game. Objectives could also be marked, and special effects like clouds added, or vehicles placed somewhere. Then the players are told that this is the result of their recon flight, and that their mission is XYZ.

Obviously, one could spend time blending the edges of the boards in those pictures, so as to hide the joins, and adding clouds would be fun too. I can see that clouds might be used as a way of limiting the intel one gives to the players if they fail their recon flight.

Of course, if one really wanted to, one could give then pictures of a different set of terrain to simulate a total failure by the recon assets to take the right pictures.

The possibilities for fun are endless, and allow for that RPG flavour that campaigns can generate, without going into levels of detail that are not all that relevant to playing a game of BattleTech.