And as you can see from the above picture I've finished assembling a new Dog. This one is meant for Corpsmen to ride in.

I side stepped the whole Corpsman issue in Bad Dog by the simple expedient of having the company deploy from a CSN Hornet, part of a MEU. In Strike Dog and Ghost Dog my Corpsman character Keith deploys in a MARPACE power armour suit.

However, the next Tachikoma novel, Red Dogs, the story really requires the Corpsman to be part of a combat armour squad. 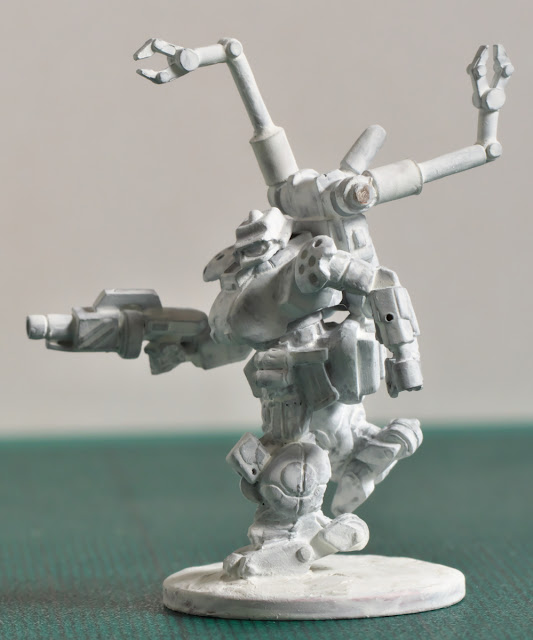 After talking to a real life Corpsman, you know who you are, I was informed that Corpsmen go off and do special forces stuff that makes them suited for special operations. How could I resist? So after some fiddling around with magnets I made this new Dog. 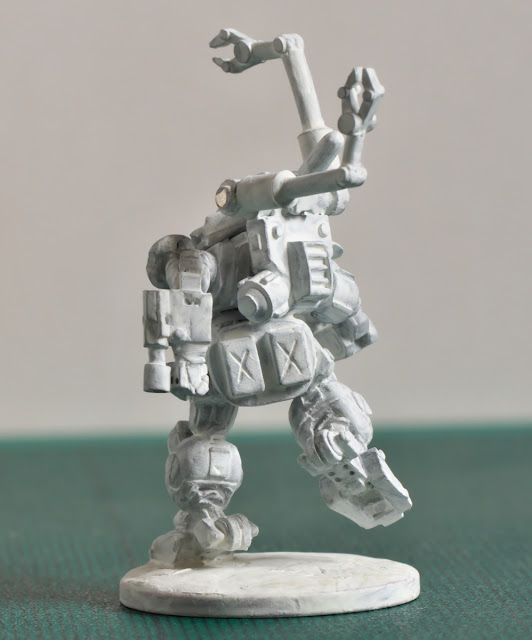 My thoughts behind the CASE-2X-M: Mod 2 are that it's a engineering variant optimized for medical interventions. Hence the claw arms for opening up damaged Dogs to remove their occupants.


This also of course means I have the option on now building a CASE-2X-E: Mod 2 engineering variant. Oh the burden of having ideas.

But before I build that I actually have to build a CAS-1-Mod 3E Ape combat armour engineers suit, which will feature in my next Gate Walker series story: Two Moons. All fun to do. Just have to get some more parts together. I see an order with Dream Pod 9 in my future.