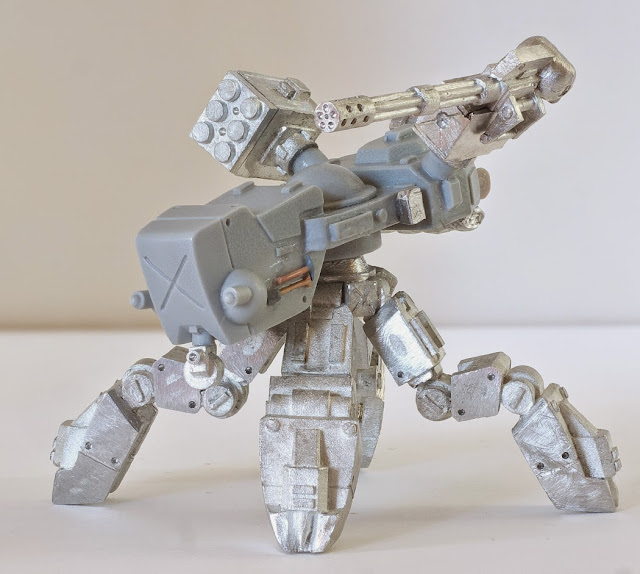 Preface:  If you're confused by the changes made to this blog post title it's as a result of email exchanges with native Russian speakers.  See the notes at the end.

I've been following the latest Russian tank developments, and the introduction of the new T14 Armata tank, which replaces the cancelled T95 prototype that's better known as Object 195.  I mention this as an indicator of how my imagination works.  I had need to write a new opening chapter to the second novel  I'm editing.  I hadn't planned on introducing the Russian to the world of Bad Dog until the fifth novel, but the needs of plot required something bad happened to one of the supporting characters.  And it had to be a threat that would cause the teams mission to go pear shaped, big time; as in people dying.

Or as we like to say here in Britain, "It's all gone Pete Tong."  Rhyming slang for wrong, named after a former disc jockey.

So I came up with Progulki Boyevaya Platforma – Ob”yekt 295, which is Russian for walking combat platform, or Object 295, which would be the manufacturers project name.  I thought about making the name a reference to the Heavy Gear name Ammon, which means people, but decided I didn't like the sound of that in Russian.  However, see notes below, about the name and blog title changes. 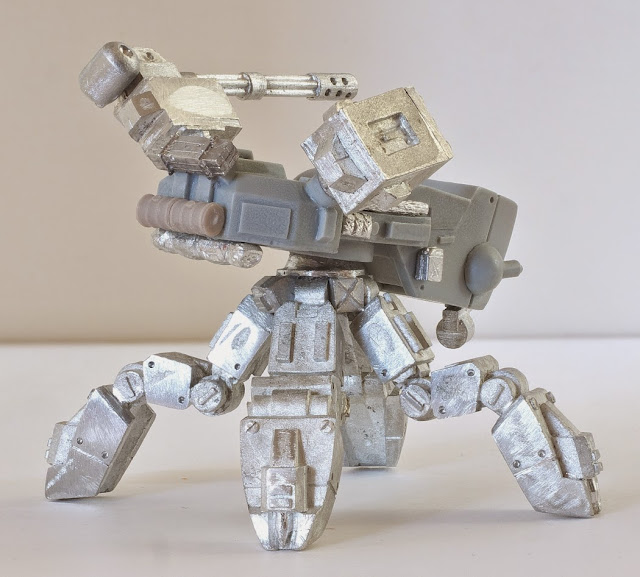 Not only did I change the main armament to a rotary cannon, because they look awesome, but I've also tricked the model out with some stowage, including fuel tanks at the back, which is a very Russian thing.  I'm really, really pleased with how this turned out.

I've gotten some feedback on my poor Russian translation that suggests this should be called Mobil'naya Boyevaya Platforma (Мобильная Боевая Платформа), which means Mobile Combat Platform.  I'm awaiting a secondary confirmation from another source and we shall see what they say.

Just in: Shagayushaya Boevaya Platforma (Шагающая Боевая Платформа), which literally means Walking Fighting Platform.  Google translate suggest that the English transliteration should be Shagayushchaya Boyevaya Platforma, so close enough.  Many thanks to XXL from the Red Alliance forum for his suggestion.

Further developments: Pohodnaya Boevaya Platforma (Походная Боевая Платформа), which translates as Hiking Fighting Platform, and the English transliteration should be Pokhodnaya Boyevaya Platforma. Many thanks to my other Russian speaker and Robert Avery for acting as liaison officer with her.